If anybody could kill one's love for history, this is the guy! So dry! Read full review

Fantastic resource for anyone who loves history, culture and/or museums. Even though the title reads *A* history, it could've been called *The* history, given the sheer breadth of the themes and ... Read full review

Neil MacGregor was Director of the National Gallery, London from 1987 to 2002 and of the British Museum from 2002 to 2015, and Chair of the Steering Committee of the Humboldt Forum in Berlin from 2015 to 2018. His previous books include A History of the World in 100 Objects, Shakespeare's Restless World and Germany: Memories of a Nation, all available in Penguin and now between them translated into more than a dozen languages. In 2010, he was made a member of the Order of Merit, the UK's highest civil honour. In 2015 he was awarded the Goethe Medal and the German National Prize. In 2018 the radio series Living with the Gods received the Sandford Saint Martin Award for Religious Broadcasting. 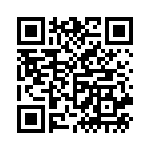