Page 241 - Law on the Establishment of Extraordinary Chambers in the Courts of Cambodia for the Prosecution of Crimes Committed during the Period of Democratic Kampuchea ("the Law") aimed at bringing that Law into conformity with the Agreement.‎
Appears in 31 books from 2000-2008
Page 243 - Report of the Secretary- General on the Establishment of a Special Court for Sierra Leone.‎
Appears in 21 books from 2002-2007
More
Page 242 - Report of the Group of Experts for Cambodia Established Pursuant to General Assembly Resolution 52/135...‎
Appears in 29 books from 2000-2008
Page 242 - Consideration of reports submitted by States parties under article 40 of the Covenant — Initial reports of States parties due in 1979: note by the Secretary- General . CCPR/C/7 — -Provisional agenda and annotations — Sixth session.‎
Appears in 10 books from 1980-2007
Less

Craig Etcheson is a principal founder of the Documentation Center of Cambodia. He works with governments, international organizations, and NGOs in the search for ways to help heal nations that are recovering from genocide and other extreme violence. He has been a faculty member at the Johns Hopkins University, Yale University, and the University of Southern California. He is the author of several book-length treatises on extreme conflict, including The Rise and Demise of Democratic Kampuchea (1984). 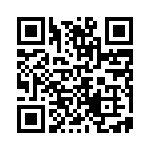