Page 166
The party in power must be held responsible for failure to pass the federal
amendment . This meant campaigning against the dominant Democratic party ,
even though the President was reputed to be sympathetic to the amendment and
many ...
Page 175
Participating in Democratic party politics on a state and national level , Eleanor
Roosevelt soon became a political force in her own right . A columnist , writer ,
and speaker , she was active in many fields of reform and became the target of ...
Page 207
... Twentieth - century woman Woman ' s Christian Temperance Union ( WCTU ) ,
123 - 125 , 139 Woman ' s Party , see National Woman ' s Party Women ' s
Liberation , 185 Woodward , Charlotte , 83 - 84 Woolsey , Georgeanna , 97 World
...

11 other sections not shown 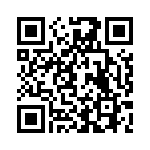