Tom Fawthrop is a British journalist who has covered South East Asia, including Cambodia, for major newspapers and journals since 1979. His reports have appeared in the Economist,the Guardian, the London Sunday Times and he has contributed to BBC radio and TV. He produced and directed the TV documentary 'Dreams & Nightmares' shown on Channel 4 in 1989.
Helen Jarvis has been an adviser to the Cambodian government's Task Force on the Khmer Rouge trials since 1999. She was previously Documentation Consultant for Yale University's Cambodian Genocide Program. 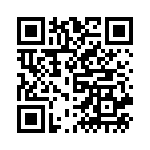