David Moffatt is a consultant in Rural Development, travelling widely in the developing world. He splits his home between Northumberland and Warwickshire. 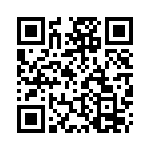