6 other sections not shown

Frank Stewart grew up amid the p;in forests & red clay of East Texas--a land not unlike the home of the early Cherokees in present-day Georgia. Intrigued by the true history of the Native Americans from an early age, Stewart felt inspired to write River Rising after a deeply moving experience with a full-blood Cherokee medicine man in the remote hills of Eastern Oklahoma. It was only years later that Stewart learned that, like the novel's character William Drummond, his great-great grandmother was Cherokee. Stewart holds degrees in art, languages, English & American literature & film production from Stephen F. Austin University in Nacogdoches, Texas, St. Mary's University in San Antonio & the University of Southern California in Los Angeles. He currently resides in Ventura, California with his wife, Gill & their two cats, We-si & Sa-lo-li. 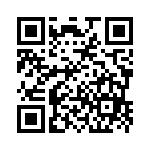